Adolf Loos was right.
First building of the museum is completed.

I arrive in the center of Viena, where i will launch the latest exhibition for LAPIEZA: THE WORD, an unstable show collected in the last residencies and trips. I will allso present the new upcoming art series, that follow THE WORD: UNITED NATIONS OF ART, a new extension to the recently finished online museum (LAPIEZA) with another 25 showrooms, within a fresh european network: SAMSA (sculptural attractors motivate social awareness). I will work on the narrative that connects the pieces and the extension of the unstable installation series.  The word 1000 is a TOPCOAT /////// ///////////////

I ring the bell and come up to the atelier. Huge space, wifi, kitchen and bright light, good scenario for the upcoming days. My hosts cook delicious organic dishes. We organize the week and hit the streets. Ww visit some shows in town HINTERLAND GALERIE - grenz erfahrung - a collective show built around the idea of border, fence, wall and displacement. We move to FLUC, a popcenter built on an old underground tunnel to PRATER. Martinka and Oscar have a billboard as art outside. We have some drinks and the performers take turns. A girl offers chewing gums in a japanese like set to chew and stick on fake plants. We move to BRATISLAVA by train to meet some artists and visit some shows. AT KUNSTHALLE LAB Clemens Fúrtler presents his Bildmashine 07 where a dozen small trucks move on an infine loop of leveled roads. AT BEASTRO BAR the youth hits and kicks the clay. An impossible break turns the power on. Back in Viena we visit the NO WALLS SHOW AT FRIDAY EXIT , where i meet ANA MENDES, and we speak mostly on the aesthetics of her ongoing self portrait performance. Six yeras dorind a piece is an experience. I mostly enjoy the living black square performance by JIANAN QU, a humorous and tender hommage to MALEVICH. I add a couple of buidinggs to the BLUE BAGS sculpture, OLBRICH AND LOOS, heroes of secession and the critical new forms of last century. Marble is cold and smooth. At the house in the forest where we live, we pick the bear-leaves that are now growing, and Martinka makes fresh PESTO. These words together with the previous actions compose the artwork 1000, a constellation of places, actions, memory and works.

1000 ANTO LLOVERAS / TOPCOAT NARRATIVE
http://antolloveras.blogspot.com.es
1000 is a combination of artworks devel
ped in several locations and published in seceunce since august 2015.the works are vectors tah connect in the form of narratives and situations 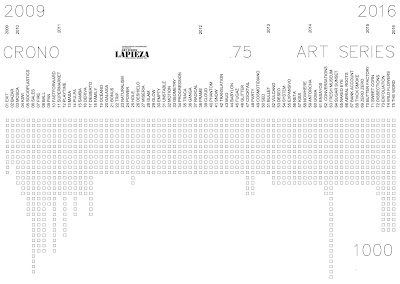 
the task of the artist's production of the work and its interpretation and evaluation of the critic have traditionally been separated. The conceptual artists of the sixties dismissed the role of the critic. Due to the duality between perception and conception in the previous artforms, an intermediary was necessary, which was critical. Conceptual art makes this unnecessary, the artist describes his work as idea. 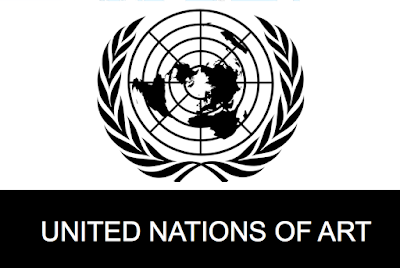 A NEW ENTRERPRISE BY LLLL